Well there are several reasons to begin with but first let’s take you back to those times that you just came back from school and the first thing you do is pick up the controller and play wwe smackdown here comes the pain, what a nostalgic days.

Anyway taking you back on to the list that why smackdown here comes the pain is considered as one of the best wrestling games of all times.

This game had arguably one of the best rosters in any game because there were many wrestlers like Chris Benoit, Kurt Angle, Goldberg, Brock Lesnar, stone cold Steve Austin, Ric flair and the rock to name a few were pretty active and there was also new addition like Shawn Micheal’s, John Cena, Batista. Any wrestler you can imagine of was there in the game except jeff hardy although they showed him in the trailer but unfortunately he didn’t make it to the game.

The Graphic of this game at that time was way a head of the time. Graphics in wwe shut your mouth was already good and it got even more better in here comes the pain. The animation was upto the point the way wrestlers walk down the aisle or performing their signature moves make you feel so realistic like Rock performing a samoan drop and clapping or when he do kick up after performing DDT or for instance Booker T doing spin after performing scissors kick make the game more enjoyable and authentic.

The most important thing they did is to let the gamers take the control and decide what kind of appearances or entrances they want. They also have freedom of creating their own wrestler and their move sets. Forget about that you don’t have jeff hardy or hulk hogan in this game, you can actually create an exact caw of their appearance and the most shocking thing is that they have their own move sets like you can you actually make hulk hogan caw do big boot and leg drop as their finishers.

The matches from shut your mouth game was already fantastic but they made it more better in hctp like there were TLC matches and you could do some awesome moves with table, ladder and chair and than you have hell in a cell where you can punish your opponent with various ways like slamming him on steel cage or even breaking the top of the cell like Undertaker did to Mankind (Mick Folley). Than there comes the Elimination Chamber where you can have match with 5 other superstars and do various moves we have seen in many classic Elimination Chamber Matches like diving from top of the cell or driving your opponent through glass using Irish whip. The backstage area was the most vital part in making smackdown HCTP greatest wrestling game of all time, you can fight in backstage and even on a road and there are a lot of things you can interact with like riding Undertaker bike or driving a forklift just to name a few.

Story line played an important role in this game success like literally you can pickup a less famous wrestler and make him G.O.A.T by following the story line. The decisions made in the game can effect your story line like there will be time where you are asked to join Vince Mcmahon and from their he can directly give you title shot at survivor series or else you will have to compete in royal rumble with 29 other super stars. You can even create a new faction and compete with Mr. Mcmahon faction which will lead into a great storyline. 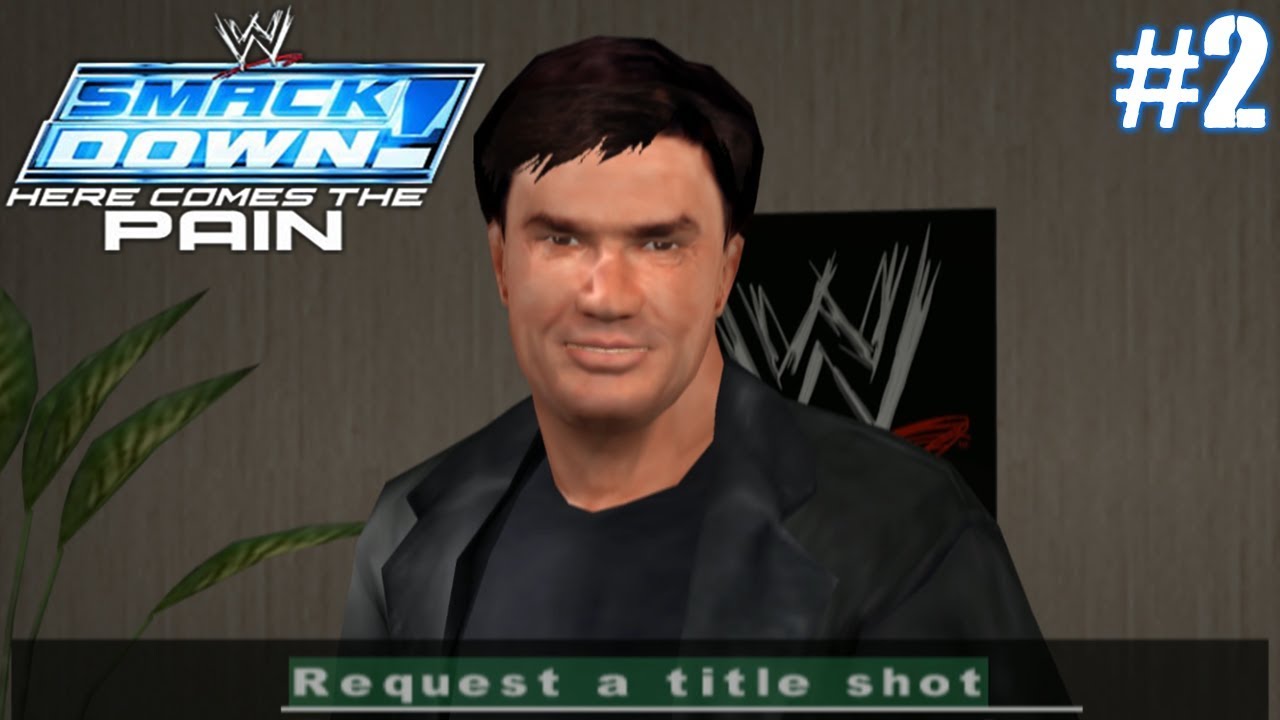 Why Smackdown Here Comes the Pain is worth re-visiting:

Revisiting Smackdown HCTP is really worth it because it brings a lot of memories back and because of it’s replay-ability you can really have good time with your friends and siblings and even if you don’t own a PS2 there are now emulators through which you can play on your laptop or computer.